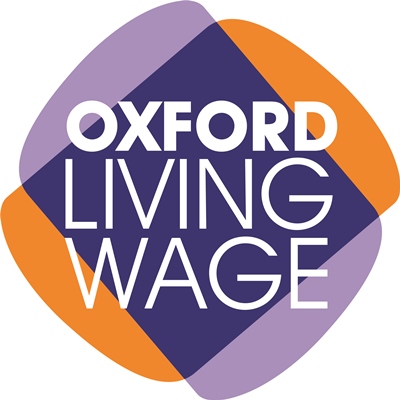 The Oxford Living Wage is an hourly minimum pay that promotes liveable earnings for all workers and recognises the high cost of living in Oxford. For 2022-23 the rate is £10.50 per hour, increasing to £11.35 per hour from April 2023.

The rate of pay is set annually and linked to the Living Wage Foundation’s Real Living Wage. Oxford City Council has set the rate at 95% of the London Living Wage.

The City Council runs an employer recognition scheme and encourages employers who pay the Oxford Living Wage to accredit so they can get wider recognition.

Receiving a liveable wage that covers household and family costs is one of the most important reasons why employees work hard and stay with their employers.

The Oxford Living Wage has been created to promote liveable earnings for workers. It reflects the fact that Oxford is one of the most expensive cities to live in the UK, and helps accredited employers demonstrate they value their workforce. With expensive housing in the city, many workers have to choose between spending more money to live in the city, or more on travel to get to work.

The accreditation system is based on self-reporting, requiring a signed letter from the company or institution committing to the current Oxford Living Wage.

If you meet the criteria, please send a letter confirming you are an Oxford Living Wage Employer, by email to EconomicDevelopment@oxford.gov.uk or by post to: