Crime statistics are held on the POLICE.UK website. You can find:

Crime stats are also included our our Area Profile reports

Figure: Recorded crime from the area profile report for Oxford. 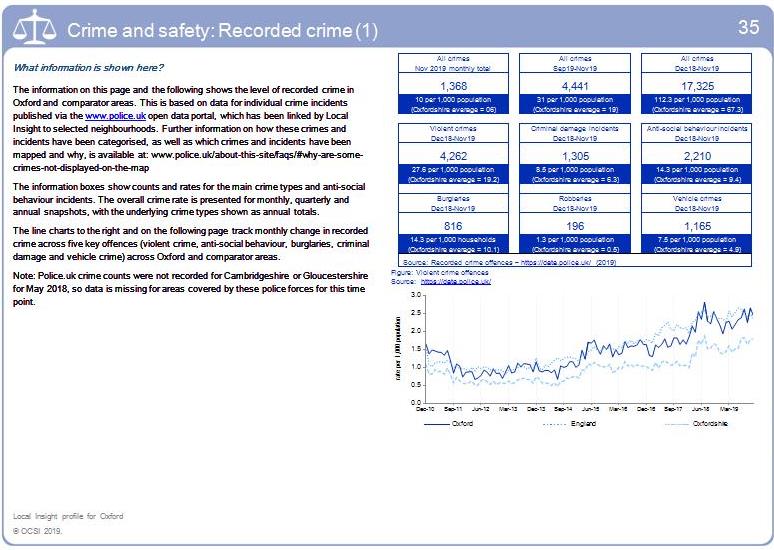 According to the English Indices of Deprivation 2019 Oxford ranks 133 out of 317 districts on the Crime Domain. Oxford is now less relatively deprived in reported crimes compared to the previous Indices of Deprivation in 2015. Three out of 83 neighbourhoods in Oxford, however, are amongst the 10% most deprived areas for crime levels at the national level. This compares to six in the 2015 report.

More information about Oxford's results on the Crime Domain can be found in the Oxford Indices of Deprivation Report 2019.

Oxford Safer Communities Partnership is a partnership of agencies, including Oxford City Council, working to reduce crime and anti-social behaviour in Oxford.

Oxfordshire County Council produces The Strategic Intelligence Assessment (SIA) which provides information about crime and community safety in Oxfordshire and is part of the evidence base which supports community safety partners to plan and target their work. It can be found at the following link to the SIA 2020