The Lord Mayor is the first Citizen of the City of Oxford. The first recorded Mayor of Oxford is Turchillus, 1122-1123, and mayors' names stretch in an unbroken line until 1962 when the dignity of Lord Mayor was granted to Oxford by Queen Elizabeth ll.

James Fry came to Oxford to read Mathematics at New College and took a DPhil in Economics at Nuffield College and became a lecturer at Magdalen College. He then founded and still works for a leading consultancy in the economics of agriculture. His wife, Susanna Pressel, has been Lord Mayor and will be Chair of the County Council when James is Lord Mayor. James represents Walton Manor ward and was elected to the City Council in 2012. He chairs several City Council committees, covering Audit, Finance and Budget, as well as community groups, such as the Oxford Canal Festival and the St Margaret’s Area Society. He is keen to support local small businesses, co-founding the North Parade market, which he now manages as a community enterprise. During his term of office, James is keen to support similar local initiatives city-wide. 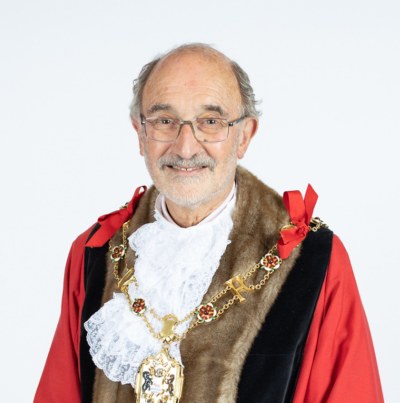 Cllr Mark Lygo is Oxford born and bred. He lives in Headington with his wife and two teenage children. Mark was first elected to Oxford City Council in 2008 and has represented Marston and Northway ward as a County Councillor since 2013. Away from council duties, Mark is a keen supporter of grassroots sports and culture; he is currently Chairman of Quarry Rovers FC, a local referee and a dedicated supporter of Oxford United FC. 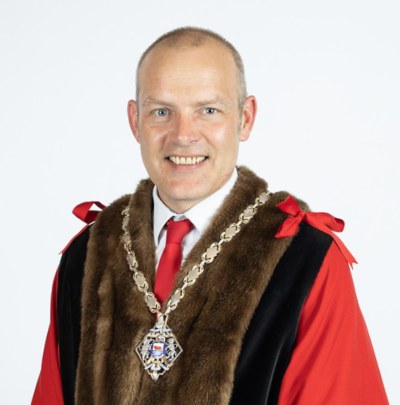 Councillor Rowley attended Wadham College, Oxford and completed a BA in Law in 2000. He works for Anneliese Dodds, MP. His interests as a councillor include housing, leisure, social inclusion and communities. When time allows he enjoys hillwalking, swimming, literature and music. 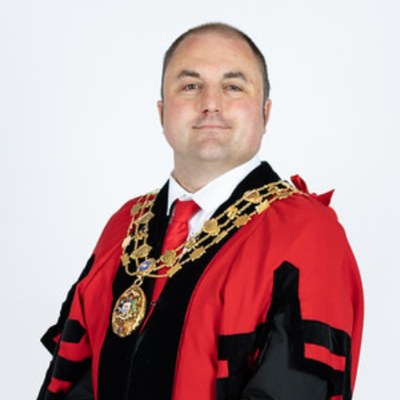 The Lord Mayor represents the Council at civic and ceremonial events. He/she spends a great deal of time promoting the City, the key initiatives of the Council and supporting a wide range of Oxford based voluntary and other organisations.

The Lord Mayor generally carries out in excess of 300 engagements each year. These engagements cover a wide spectrum of events from high profile Royal visits and leading the City's annual Remembrance Sunday service, to small community group meetings and charity events.

The post of Lord Mayor of Oxford is different to that of the Mayor of London in that it is a ceremonial post carrying no political power. The political head of the City Council is the Leader of the Council.

How the Lord Mayor is chosen

The Lord Mayor must be a serving councillor and is chosen on length of service. The Lord Mayor is usually elected annually in May when all city councillors meet together at the Annual Meeting of Council. Their term of office is for one year, during which time he/she also continues their ward duties. Councillors can only serve as Lord Mayor once.

Due to the impact of the pandemic, the annual ceremony in May 2020 was cancelled. It was then agreed by full council that the terms of both the outgoing and incoming Lord Mayors would be extended to 18 months.

The Lord Mayor of Oxford is very keen to visit all aspects of the community during his term of office. Whilst the pandemic may limit our ability to be together in person, our community spirit is stronger than ever and people are discovering innovative ways to collaborate and celebrate. If you have an event you would like the Lord Mayor to attend, please contact the Civic Office Holders' Executive Assistant or use the form below.

Send an invitation to the Lord Mayor

Please note we require a minimum of four weeks notice of your event. Invitations received at short notice may not be considered. Thank you for your cooperation.

The Lord Mayor’s Supported Organisations for 2022-23

The Lord Mayor’s charities for this year will be Aspire, Asylum Welcome and Emmaus.

Aspire was stablished in 2001 and has now been tackling the most complex social issues in Oxfordshire for 20 years. The charity supports local people into and towards employment and housing, as the most powerful way to break the complex cycles of homelessness, re-offending and poverty.

Emmaus supports more than 850 people who have experienced homelessness. The organisation provides them with support, a home for as long as they need it and meaningful work and training in our social enterprises. Their aim is to provide a home to 1,100 people by 2025.

Donations towards the Lord Mayor’s fundraising efforts are always welcomed and there are many ways you can pledge your support.

Texts cost your donation amount plus one standard rate message and you’ll be opting in to hear more about our work and fundraising via telephone and SMS. If you’d like to donate but do not wish to receive marketing communications, text LORDMAYORNOINFO followed by your donation amount to 70085.

Send us a Cheque

Cheques should be made payable to Lord Mayor of Oxford Charity Trust and can be posted to Civic Office, Town Hall, St Aldate’s, Oxford, OX1 1BX.

Thank you for your support.

If you would like to help the Lord Mayor of Oxford in this work or get involved in any of these charities or donate money to them please contact us.

Past Lord Mayors of Oxford

For a full list of past Lord Mayors of Oxford, please visit Wikipedia.