Sculptures of animals, fish and vegetables have been hung from the vaulted ceiling of Oxford Covered Market to bring art and intrigue to the 18th century building.

The 16 sculptures, which are made from papier-mâché and fabric, include renderings of owls, goats, carrots, melons, fish, sheep and pigs.

The artwork was created by more than 40 community volunteers – led by theatre designer and textile artist Bettina Reeves – at arts organisation Peak, which is based in the Welsh Black Mountains. 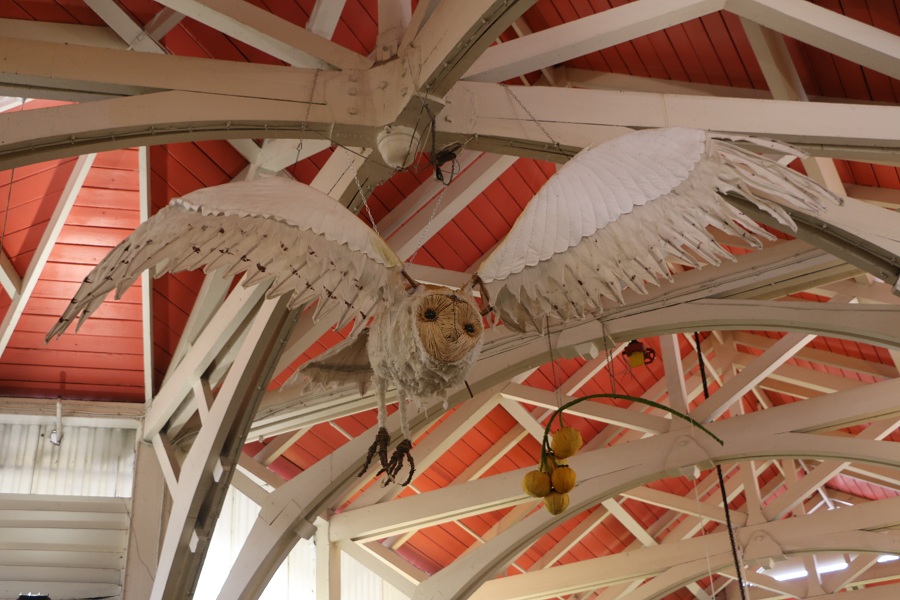 The sculptures, which were installed in the Covered Market by independent outdoor event company Village Designs last week (12/7), were originally created for the Abergavenny Food Festival.

Oxford City Council, which owns and operates the Covered Market, has rented the sculptures throughout August.

The aim of the project is to bring art, culture and fun into the Covered Market – and encourage visitors to look up at the market’s striking 18th century vaulted ceiling. 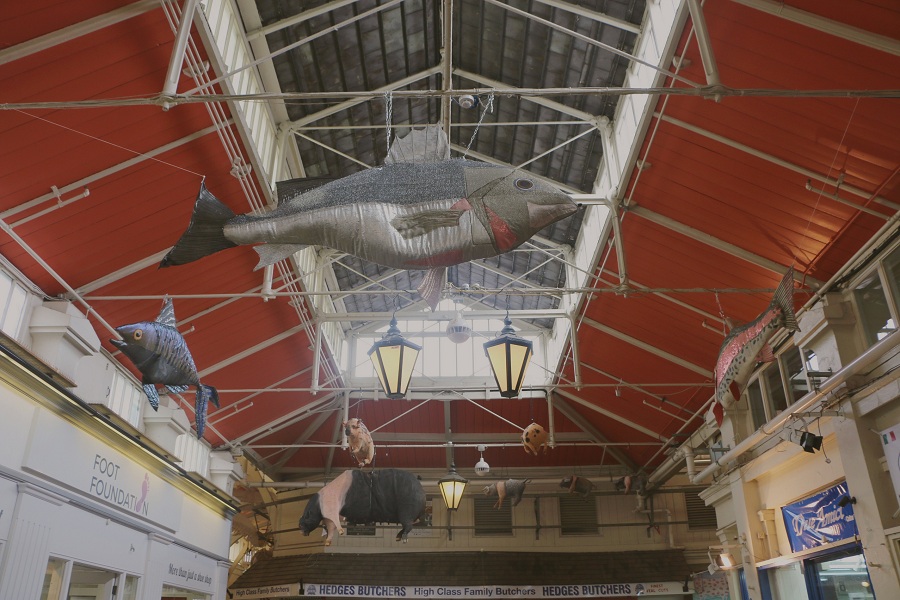 Over recent weeks, a series of Banksy-style art pieces were installed at the Covered Market to raise awareness for endangered animals, and characters from Alice’s Adventures in Wonderland visited the market as part of the Story Museum’s annual Alice’s Day celebrations.

Oxford City Council is investing £1.6m into the Covered Market over four years, including to repair and redecorate the roof, and make improvements to the service yard. The work started last year.

The Covered Market, which first opened in the 1774, features more than 50 traders selling food, gifts, shoes, fashion, flowers and jewellery, and provides a unique showcase for the very best in local crafts, food and drink. 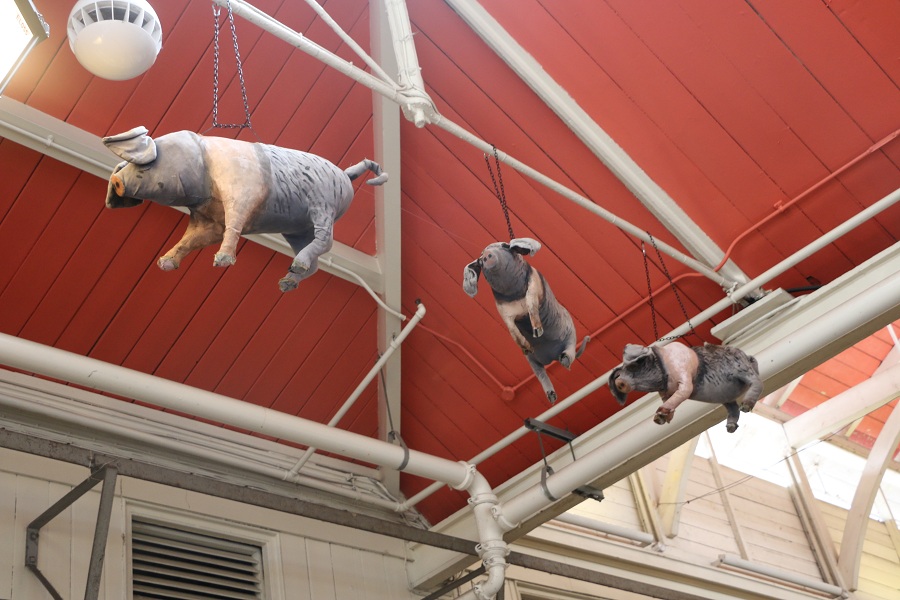 Councillor Mary Clarkson, Executive Board Member for Culture and City Centre, said: “We want to use the Covered Market as an exhibition space for culture and the arts to enhance the building, encourage more people to visit and, most importantly, to buy some of the many high-quality goods on offer.

“These fantastic, community-created sculptures introduce a sense of fun to the Covered Market, not just creating photo opportunities for visitors but also helping to show off the market’s striking vaulted ceiling.

“Over the coming weeks and months we intend to bring a programme of events and installations into the historic building.”