Three aspiring photographers have each won a prize for the superb photos they took over the Oxford Christmas Light Festival weekend.

Using the title, The Art of Connectivity, these images best captured the theme and atmosphere of the festival.

The competition drew entries from all ages who sent in photos of the events they attended near their homes.

“These photographs were chosen for their spontaneity and atmosphere showing different aspects of the festival and how people relate to it and engage with it.”

“I always enjoy photographing nature. It’s always there and always changing so you’re able to photograph the same thing getting totally different results each time, especially throughout the seasons. The lights simply emphasised that - highlighting the empty branches in ways natural light wouldn’t. When the lights were illuminating the trees, it emphasised the shape and strength and in turn, the event emphasised the varying shape and strength of the community.” 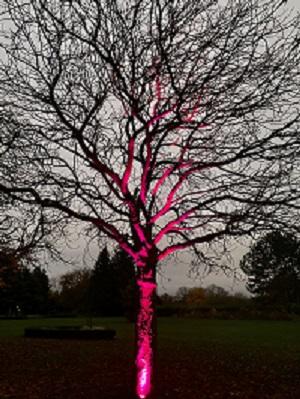 Aimee Winkfield entered an image that captures the moment a lantern parade sets off around the city streets. 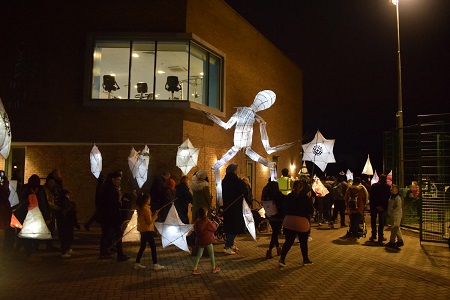 Aimee explains how her photograph came about.

“I wanted to capture the parade on the start of the journey, just as it left the community centre. The centre plays an important role in bringing people together, so it was important for me to showcase the families enjoying themselves, the location and the talent of the children and young people who made these amazing lanterns.

"It was a genuine delight to be a part of this festival and lantern walk, and I hope my photograph captured the community spirit of the day. I'd like to thank Oxford Christmas Light Festival and Oxford City Council, for providing the support to allow charities and community groups to come together once more, to have fun, be social, and hopefully heal.”

“I took the picture after we attended the lantern workshop at Barton Park School. The kids had a great time creating their masterpieces. Their proudness shone through with their lanterns.”

All three winners will be receiving a Christmas hamper from the Covered Market with a selection of hand-picked festive treats from it’s independent retailers.

“It is easy to see from these wonderful photographs what a creative event Oxford’s Christmas Light Festival is. They show the sheer celebration of communities coming together and having a joyful moment. My congratulations to the winners in capturing the essence of the festival and showing what a welcoming city Oxford is.”

Oxford’s Christmas Light Festival has been taking place since 2009 and in recent years has evolved to take place in many more areas of Oxford outside the city centre. Community groups, schools and artists have created the Festival events, many of which were free to enjoy.

Thousands of Oxford residents took part in this year’s event and some of the images they captured can be found on the festival website.

EDIT: this press notice was edited on 13 December to remove the winning image from Leanne Miller at her request