BLOG: The Queen and I 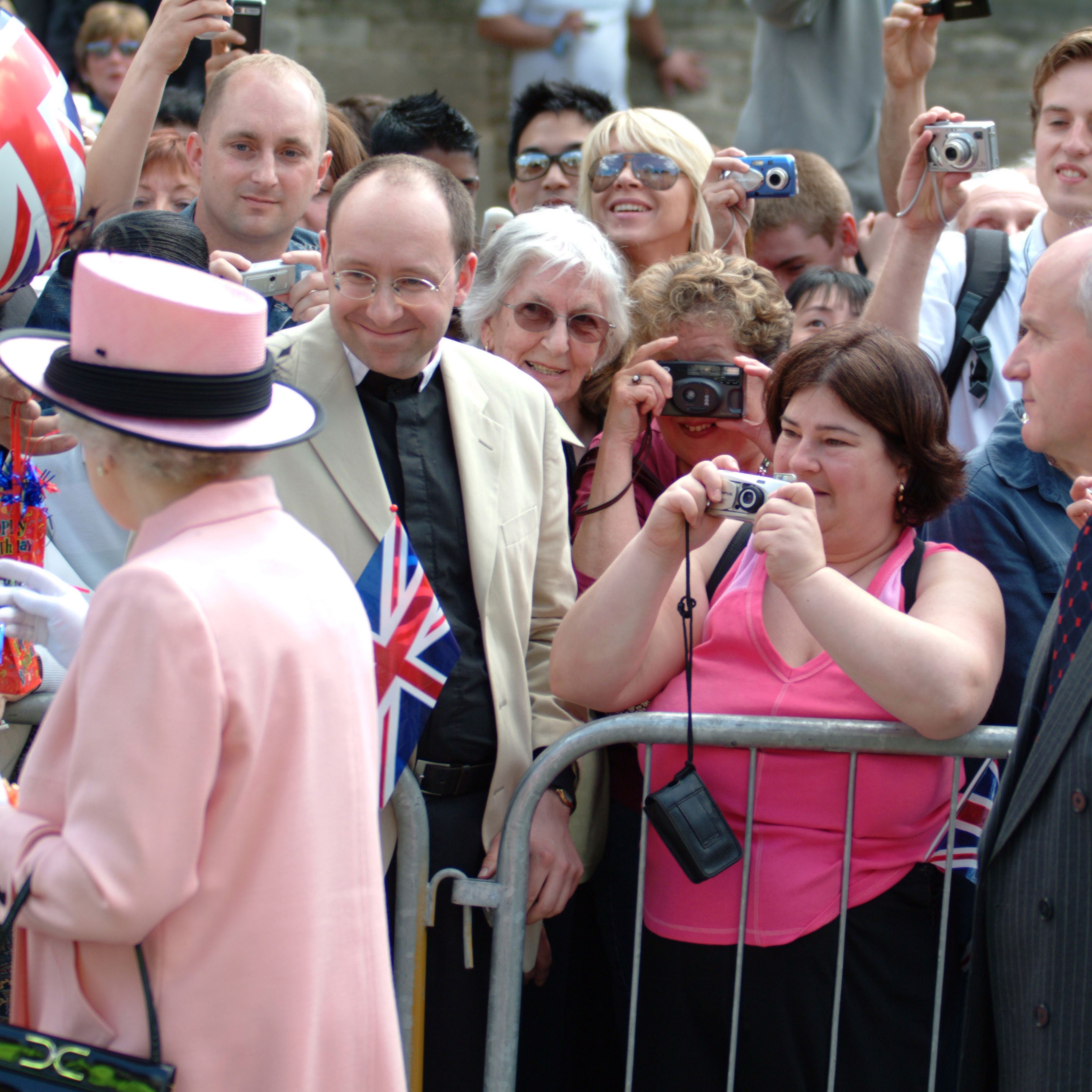 Oxford Castle Complex includes Malmaison Oxford hotel, in the converted former Oxford Prison, which Sue got a chance to tour with her Mum before it was redeveloped.

Sue took a day off so she could be in pole position to snap a picture of Her Majesty but had no idea of the memorable encounter ahead.

Sue says: “We got here really early to get a good spot in the crowd, as I knew there would be hundreds of people all with the same idea as me. It was an absolutely glorious English summer’s day and the air was fizzing with excitement as we waited for the Queen to arrive. We were all speculating about how she’d arrive and whether or not there’d be a ‘walkabout’ with the crowd.

“A huge black Rolls Royce pulled up and the Queen got out wearing a salmon pink three-quarter length coat with black buttons and a matching hat with a black trim. The crowd went crazy, cheering and waving Union Jacks, it was a real holiday atmosphere”.

The Queen then went in to meet various dignitaries and open a curtain on a plaque marking her visit. On her way out to her car, Her Majesty made a beeline for Sue’s side of the street and to Sue’s astonishment, struck up a conversation.

Sue was incredulous: “The Queen did an impromptu walkabout outside the complex and, despite my shock, I remember her saying to me, “it’s a lovely morning”. I was stunned but managed to thank her for coming to Oxford and said how well she looked and how nice it was to see her during her 80th year”.

Her Majesty then got into her Rolls Royce and the crowds dispersed, with Sue assuming that was the end of the day’s adventure. Sue continues: “I was immediately hijacked by the media, who wanted to know all about my chat with the Queen. It was my first and only experience of going viral, as I then had lots of calls from friends saying “you’re famous, Sue!” The last thing they expected when they watched the news was me chirping up.

“I’ve seen the Queen many times and was in London for her Golden Jubilee but I’ve never seen her so close up as on that day. It isn’t often you get a chance to be so near to such an iconic figure. Despite her fame, Her Majesty was very warm, genuine and down to earth. It was quite an experience”.

Sue’s latest project involves curating an exhibition of images from the Oxford Mail’s archive of the Queen visiting Oxford, which will be displayed at a number of venues throughout the city.