BLOG: A life of grime: how litter leads to more illegal acts 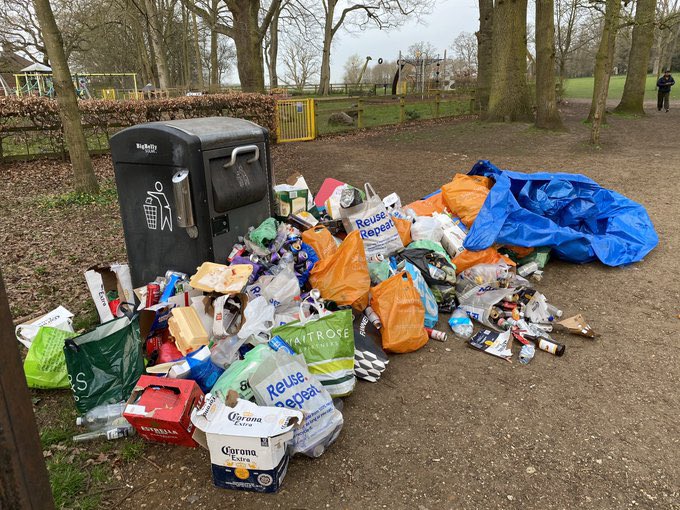 What's the difference between dropping litter and theft? Not as big as you think. Here's why.

Most people know that dropping litter is illegal.

If you’re caught doing it, you can be issued a fixed penalty notice or prosecuted in court.

If you’re found guilty, you can be fined up to £2,500. And be burdened with a criminal record. One that’s going to be pretty embarrassing to explain away to potential employers, future suitors and your family.

If that’s not enough, by dropping litter, you could be encouraging further crimes and more antisocial behaviour in the areas where you chose to be careless.

A bit like a viral meme packed with misinformation, spreading garbage can have serious consequences. A moment’s lack of thought can go way beyond a joke.

According to research, people become increasingly disobedient in areas plagued by litter.

Put simply, every piece of discarded rubbish on the ground gives a message that people don’t care about their environment and anything goes.

In 2008, a research team from the University of Groningen in the Netherlands conducted a piece of research to prove whether disorder and disobedience grow in neighbourhoods where rules are openly flouted, a phenomenon dubbed “broken window” theory.

In one experiment, the team left an addressed envelope hanging out of a letterbox. A €5 note could be seen peeping out from the ‘letter’. Watching from the side lines, they discovered that people were less likely to steal the money if there was no litter around the letterbox.

When there was no rubbish lying around, 13% of passers-by stole the money. While that in itself might be an alarming statistic, this increased to 25% when there was litter on the ground.

Keep Britain Tidy (KBT) has found that litter is associated with poverty, crime, and social disorder.

Their ‘How Clean is England? Local Environmental Quality Survey of England 2013/2014’ study found a ‘distinct link’ between levels of deprivation and the level of litter, cigarette butts and dog fouling.

Sites with less litter were also those least at risk from crime. When more litter was present so the risk of crime increased.

"Our earlier research pointed to what we have always instinctively known - that more deprived areas suffer from poorer environmental quality. This report confirms it clearly and irrefutably.

"It is clear that social inequality extends to the quality of people’s surroundings and we know that if places are dirty and look “unloved” this can adversely impact on individuals’ health and wellbeing.

"This report should act as a wake-up call to action for everyone who has a role to play in improving our environment at its most basic level – outside our own front doors."

Not a victimless crime

Every bit of litter dropped in Oxford harms people, animals, the environment and communities.

It is a thoughtless act that does real damage to our city and the people who live in it.

When you’re out and about this summer, please think twice before dropping rubbish.

Littering is a crime. A crime that makes more people victims of crime.

Including those who litter.