Oxford City Housing Ltd: the journey of a thousand miles begins with one step 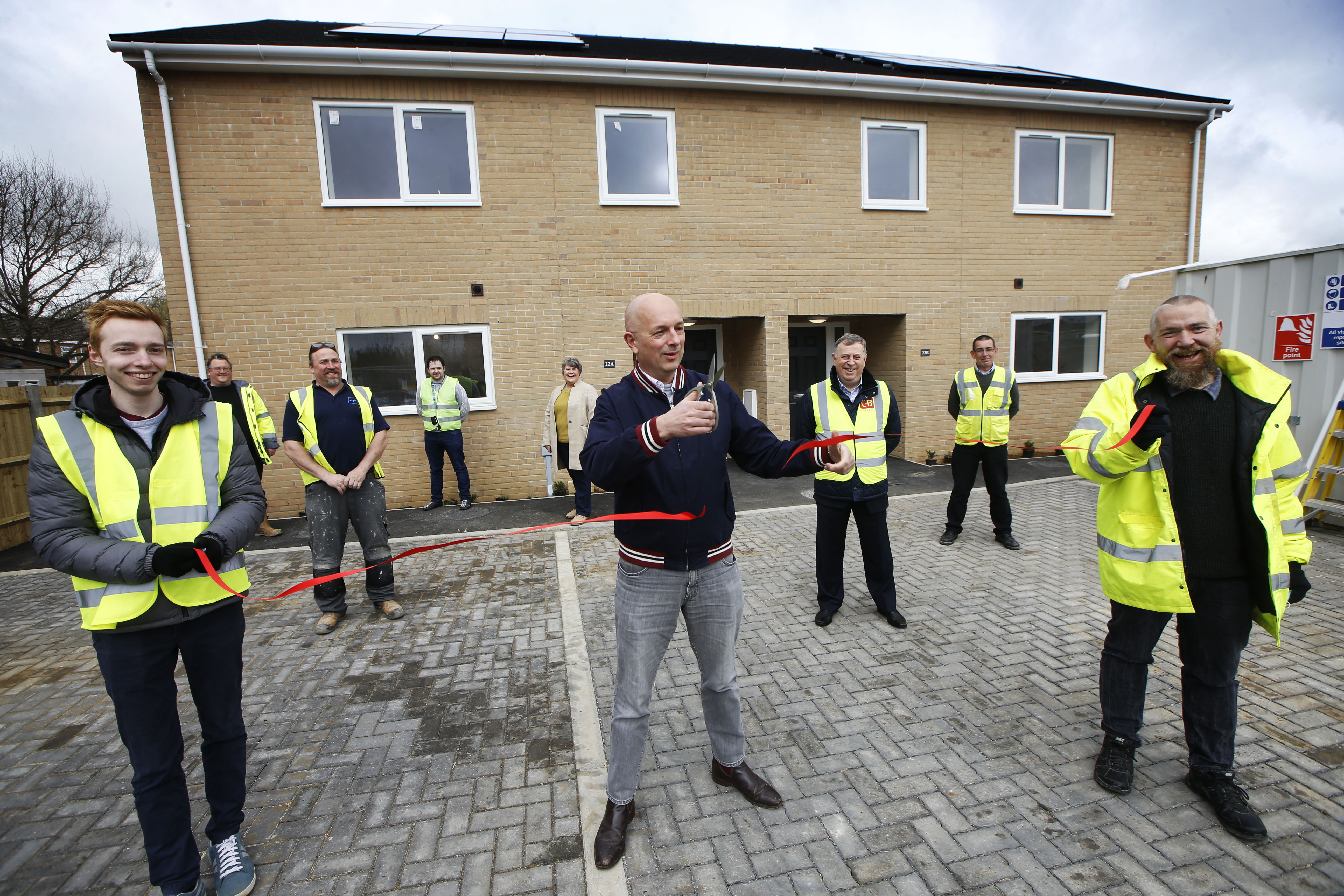 Oxford City Housing Ltd (OCHL) is set to take the first step in building nearly 1,900 new homes in the next 10 years by completing its first two homes.

Next week, Oxford City Council’s housing company will hand over two new three-bedroom homes to the council for letting through the housing register.

OCHL’s first homes are on Harts Close in Kidlington. They feature solar panels and, unusually, three double bedrooms. Most three-bedroom houses have two doubles and one single room, making them unsuitable for larger families.

OCHL is currently building 144 homes on 12 sites around Oxford, with more than 50 of these expected to be completed over the summer. The housing company is preparing to submit planning applications for over 100 more homes during the same period.

Completion of the Harts Close homes marks the first of the 1,891 homes that OCHL aims to build for rent and sale in and around Oxford over the coming decade. Together with 354 council homes being built at Barton Park, this will see a total of 1,125 council homes providing the genuinely affordable housing that Oxford needs.

This programme will represent the first significant development of council housing in Oxford since the 1970s.

The new council homes will be let at social rent, which is calculated with reference to the size and value of a home and average income for the region. In Oxford, social rent is typically around 40% of equivalent private rents.

Another 301 homes are expected to be shared ownership and other affordable tenures. Shared ownership gives people the opportunity to get a foot on the property ladder by buying a stake in their homes that they would not otherwise be able to afford.

The remaining homes will be for market sale and the money raised by selling them will subsidise the building of council and other affordable housing. Whether for sale or rent, all OCHL homes will represent an investment in the sustainable future of Oxford by currently going at least 40% beyond current government carbon reduction targets and zero carbon by 2030.

OCHL is in the process of establishing a procurement framework for modular housing that will play a vital role in ensuring new housing in Oxford meets the zero carbon target. This framework will also provide the resources and expertise to unlock difficult sites that traditional developers would be unable to do while meeting the council’s requirements for affordable homes.

The council set up OCHL in response to Oxford’s need for homes. The main aims of the housing company are to increase the supply of new housing and council homes, and to provide a financial return to the council to help protect frontline services.

Oxford needs homes as it is regularly cited as the least affordable place for housing in the country.

According to the Office for National Statistics (ONS), in 2019 the median house price was £395,000 – 12.55 times median gross earnings (£31,472) in the city. For England as a whole, the median house price is 7.83 times median earnings. The cost of housing in Oxford puts home ownership out of the reach of people in occupations like teaching, nursing, transport and retail.

Half (49.3%) of homes in Oxford are now in the private rented sector, where the ONS reports a median private rent of £1,500 a month for a three-bedroom home. The equivalent amount for England as a whole is £795. Meanwhile, there are currently 2,355 households on the council’s housing waiting list.

Many of Oxford’s most important workers cannot afford to live in the city. They are now living in Bicester, Banbury or Witney and face lengthy commutes on overcrowded roads every day.

“These two homes are the first step in a journey for OCHL to build nearly 1,900 homes in and around Oxford over the next 10 years. In line with our Local Plan, OCHL homes represent an investment in Oxford’s future by building greener now and zero carbon by 2030. OCHL is building the right homes for Oxford’s families and this will benefit everyone in our city.”

“Oxford needs homes and I’m really pleased that we can now begin letting these new council homes to families on our waiting list. Every council home makes a small but vital contribution to tackling systemic inequality and meeting housing need in Oxford.”