This SPD seeks to guide development proposals as part of an overarching vision to create a new transport interchange and a distinctive gateway to Oxford. The SPD provides a comprehensive and coherent policy framework to maximise the development potential of the Oxford Station Area and generate a positive dynamic with surrounding opportunity sites. The SPD sets out an indicative Masterplan which builds on the original 2014 Masterplan that was developed by a tripartite partnership of Oxford City Council, Oxfordshire County Council and Network Rail.

The SPD and supporting documents are available for inspection on our Oxford Station SPD page.

The SPD will help deliver a number of objectives and priorities in translating the Station Masterplan into an SPD that:

Oxford City Council continues to work closely with the County Council, OxLEP, Network Rail and the Department of Transport to secure the significant investment required to take the Masterplan forward.

The Oxford Station Masterplan is in options development stage.  Atkins have been appointed to develop a number of options which we have been using as the basis for discussions with key stakeholders such as landowners and with our strategic board.

The next steps (over August/September 2021) will be to consult on the options with wider stakeholders including bus companies, taxi companies before going out to public consultation later this year.  The public consultation is currently programmed to launch in December 2021 / January 2022. 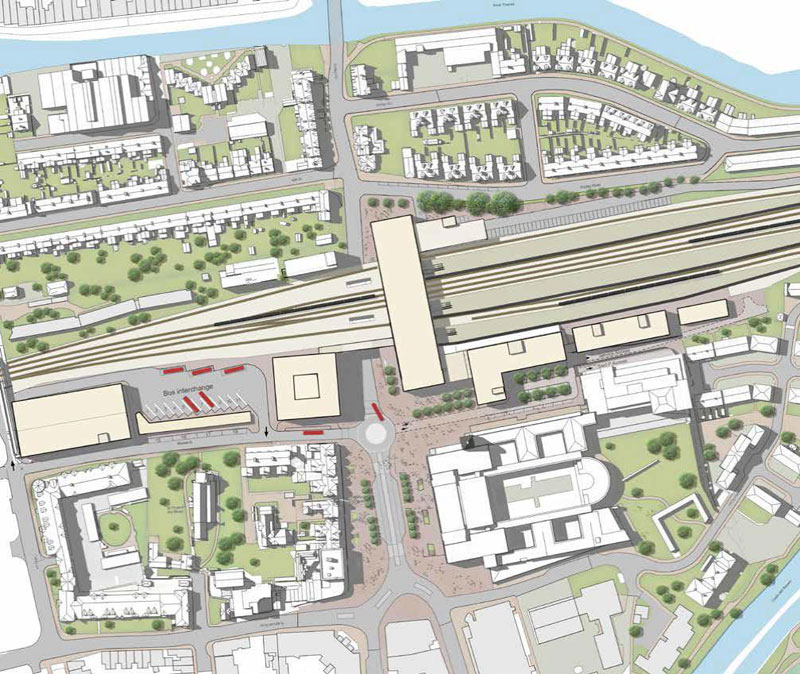