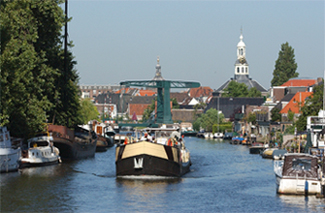 The Oxford-Leiden Link was Oxford’s first twin link, established immediately after the Second World War in 1946, as part of a movement to foster friendship among nations, and has adapted and evolved over the years to reflect changing lifestyles.

The home of the oldest university in The Netherlands, Leiden is full of bookshops, printing works, and students on bikes - much like Oxford itself. Set against the stunning backdrop of traditional Dutch architecture and picturesque canals, Leiden is known as the 'museum city' of the Netherlands. One of the world's most famous painters, Rembrandt, was born and educated in Leiden.

Approximately 10,000 people on both sides of the North Sea have been involved in joint cultural, sporting, and social activities since 1946, giving them valuable insight into the cultures and customs of our two cities and countries.