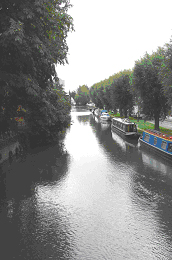 Osney Town is situated on an Island, formed by several branches of the River Thames or Isis, just to the south of Botley Road causeway. Its Island situation has given it an individual character of its own, dependent on a single road bridge for its vehicular access.

The streets that form the present pattern were laid out in September 1851 by G P Hester, Town Clerk of Oxford. By 1852, advertisements were appearing for earth and rubbish to raise the land above flood level. Some houses were occupied by October 1852, and much of Bridge Street completed by the mid 1850s. Development also continued into the 1880s and 90s and, in the case of Doyley Road, 1908.

Osney has a high townscape quality resulting from the architectural integrity of the Victorian buildings and limited 20th Century intervention. The regularity of building form and architectural details, including materials, fenestration, doorway details and roofscape contribute to the overarching character of the area giving a regular rhythm and sense of continuity to the area.

In order to protect these architectural features an Article 4 Direction was introduced in 1994. This has the effect of restricting permitted development rights of dwellinghouses. This means that householders are required to apply for planning permission when proposing to make certain changes, listed below, to elevations of their property that face a public highway or footpath:
- The rendering or plastering of external brick and stone walls.
- Alteration and replacement of windows, cills, arches, surrounds and changes to the dimension of a window opening.
- Alteration and replacement of doors, arches, lintels and changes to the dimension of a window opening.
- Changes in roofing materials.
- Introduction of rooflights or patent glazing.
- The erection or construction of a porch outside any external door.
- The painting of unpainted external brick or stone walls.